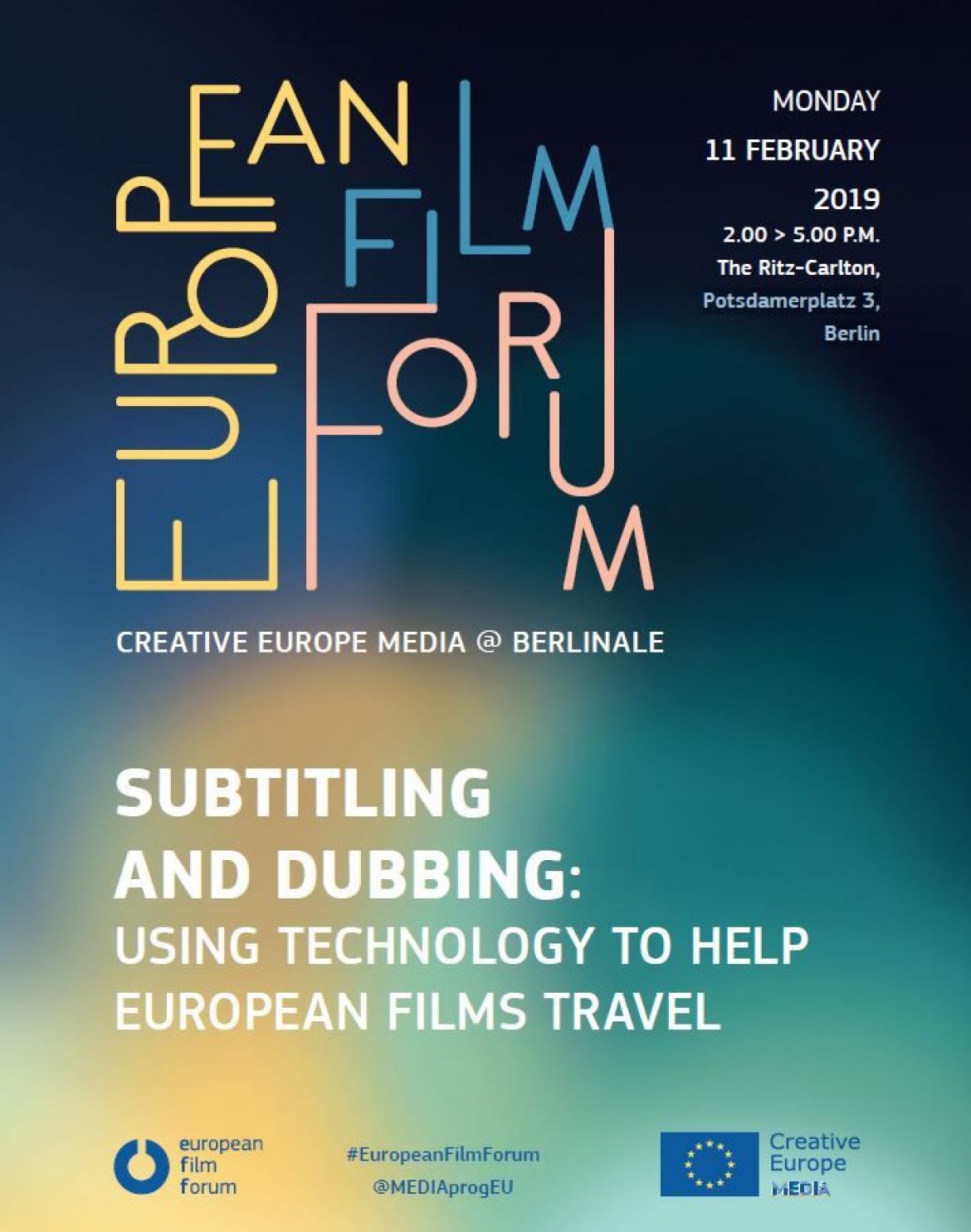 Berlinale: AVTE makes itself heard at the European Film Forum

Every year, as a side event to the Berlinale, Creative Europe organizes the European Film Forum, a day or half-day of panel discussions dedicated to the circulation of European films throughout Europe.

This year, the focus was on “Subtitling and dubbing: using technology to help European films travel.” Panellists included film producers, TV officials, a representative of an online streaming service, but… not a single audiovisual translator. Subtitling and dubbing were at stake, but practitioners were ignored. A great deal of time was devoted to machine translation and artificial intelligence, although some film producers emphasized the need to work with professional translators of the human kind.

Questions from the floor were made possible, an opportunity several audiovisual translators from Untertitelforum and ATAA, attending the event on behalf of AVTE, were quick to grab to make their voices heard, much to the dismay of the moderator! Among the audience, a number of other practitioners, as well as a filmmaker, expressed their support of our defence of the creative work involved in AV translation.

This event was also an opportunity for AVTE to make itself known to Mariya Gabriel, outgoing EU commissioner for Digital Economy and Society, and June Lowery-Kingston, Head of Unit, Accessibility, Multilingualism and Safer Internet, at the Commission’s Directorate-General for Communications Networks, Content and Technology.

See also a summary of the event on the European Commission’s website: